Renato studied architecture, urban planning and theology in Rome.  A member of the Vatican Commission for the Preservation of Monuments and Works of Art, he worked in Italy and the Vatican State for a number of years. In 2001 he published his first book: Apocalisse. Le cose che stanno per accadere. Linearita e reversibilita del tempo nell’ Apocalisse di Giovanni, and in 2010, Rivelazione e Storia; both anthropological analyses of the Book of Revelations. Since 2012 Renato has given continuing education classes on Italian culture, history and art at the University of Dundee.

Josephine Jules Andrews is a memoirist and poet, and has taught Life Writing/creative non-fiction at the University of Dundee since 2013.  Born in Dundee, she trained in Anthropology, Geography and Ecology at University College London, Washington University in St Louis, and worked in conservation in Europe, India and Madagascar.  Her students have published widely, and their writing has featured in exhibitions and events including the Dundee Literary Festival in 2014, 2015 and 2016.  In 2017 she won the Dundee University Student-Led Teaching Award for ‘Most Inspirational Teaching’.  She has co-edited and co-designed Dundee Writes magazine since Issue 1.

Rebecca Brown has worked as a tutor for the universities of Dundee and St Andrews in their courses for adults for the last 12 years or so. Before moving to Scotland, she was a member of the Education Department of the Shakespeare Birthplace Trust in Stratford upon Avon, devising and teaching courses for students from British and overseas universities, often in collaboration with the University of Birmingham and the Royal Shakespeare Company.

Dr Anthony Cox is a freelance lecturer, researcher and tour guide.  As a PhD student and History Fellow of Trinity College, at the University of Cambridge, his early research interests lay in modern comparative labour history, which laid the basis for the publication, in 2013, of his Empire, Industry and Class: the imperial nexus of jute, 1840-1940. In more recent years, however, he has widened his teaching and research focus towards investigations of subjects as diverse as the Picts, the early history of Scotland, and the religious roots of local and Scottish radical movements and thinkers.

Dawn Geddes is a creative writer, public relations practitioner and freelance journalist specialising in literature. Her work has appeared in a number of publications including Scots Magazine, Living Magazine, Daily Record, The Courier, No 1 and Scottish Field. Using her extensive experience in public relations and journalism, she works with authors teaching them how to promote themselves and their work online and in the media.

Susan Haigh is an award-winning short story writer, a graduate of M.Litt course in Writing Practice and Study at the University of Dundee. Her work has appeared in Mslexia, New Writing Dundee, Northwords Now, Gutter, New Short Stories (Willesden Herald), The Scottish Arts Trust Anthology (forthcoming) and a number of other journals and anthologies. She also reviews fiction and poetry for The Short Review, The New Short Review and Dundee University Review of the Arts.

Donald is a retired Principal Teacher of History whose enthusiasm for his subject and teaching continues.  Focusing this short course on Hitler’s Germany, a topic he taught with both Higher and Advanced Higher students, he’ll provide appropriate artefacts from the period to illustrate the discussions and suggest further reading.

Sandra Ireland is an award-winning poet and novelist from Carnoustie, Angus. In 2017, she won the Scottish Association of Writers’ Dorothy Dunbar Trophy for Poetry, and has been published in Seagate III, Furies and other anthologies. Her debut novel Beneath the Skin was published by Polygon. Sandra is Writer-in-Residence at Barry Mill, Angus.

Matthew is Curator of Museum Services at the University of Dundee, looking after a collection of over 30,000 objects, artworks and specimens and running the D’Arcy Thompson Zoology Museum, the Tayside Medical History Museum and the exhibition programme in the Tower Foyer & Lamb Galleries. He also has a lifelong passion for cinema and has taught film history evening classes at the University since 2001.

Brian was formerly City Astronomer for Dundee at the Mills Observatory.

A graduate of Edinburgh University, he joined the public education team at the Royal Observatory Edinburgh in 1985 before moving to the Mills Observatory in Dundee in 1990.  At the Mills, Brian introduced thousands of visitors to the night sky through public observing sessions and planetary shows, and provided regular astronomy features for the Courier and Radio Tay.

Brian is currently Development Officer for Dundee Heritage Trust however astronomy remains his first love and he gives regular talks and lectures on various aspects of astronomy and space science and likes to spend clear nights with a telescope, binoculars or just the eye alone, exploring the universe for himself.

Dr Jenny Kermally is a long-standing Associate Lecturer with the Open University, where she teaches Philosophy. She taught the Philosophy for Fun night-classes both at the University of Dundee and in other community settings. Her PhD was in Postcolonial African Philosophy, focusing on Western approaches to East and West African philosophy.

Elizabeth is Senior Partner in a law firm in Dundee where she been a practicing solicitor for many years and is also a part time tutor/lecturer at Dundee University in the School of Law.  Currently chair of the Joint Education Board between the Law Society of Scotland and the Society of Law Accountants she regularly delivers lectures for the Law Society.    Her  ambition is to enable non lawyers to understand the role of our legal system and gain some knowledge about different areas of law.

Jo is an art historian, artist and author.  She taught for many years at Edinburgh University. 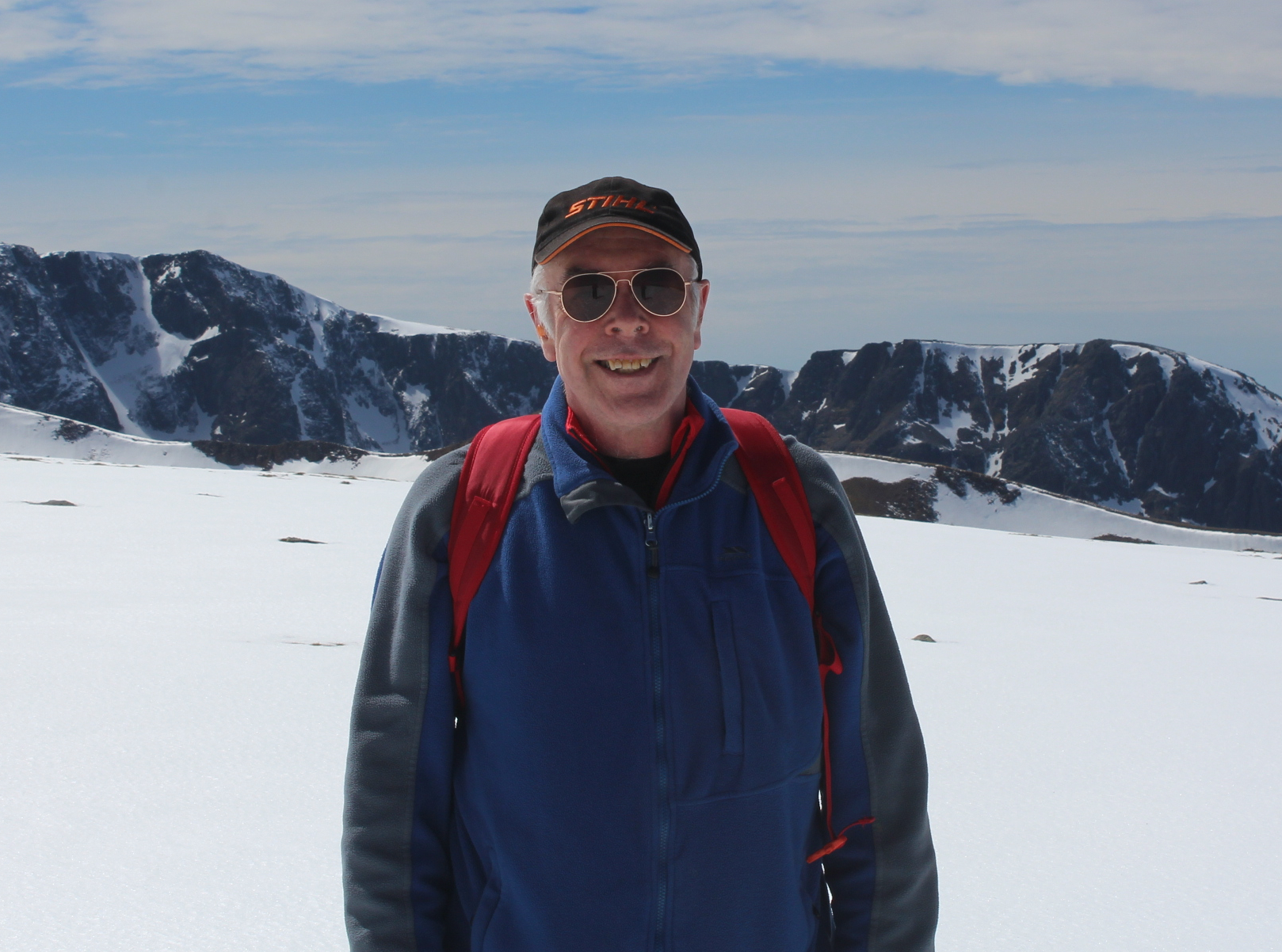 Dr Roddie McKenzie was an associate professor in immunology at the University of Toronto, a senior non-clinical lecturer in dermatology at the University of Edinburgh and spent 25 years in research, mainly on the molecular biology and immunology of skin diseases. He has taught science across academic levels from further education to undergraduate and postgraduate students in virology, immunology, genetics,and  genomics. His work has been published widely.

Roddie also worked in the bio-technology industry and has an MBA. his other interests include counselling, creative writing and painting.

Having recently finished her PhD in satire, Rachel is now teaching creative writing with the Open University and English for academic purposes at the University of Dundee. Her Doctoral thesis investigated the creation of satire as a socio- political discourse. She has a BA from Louisiana State University, an MLitt from St Andrews University, and an MPhil from Dundee. Rachel has been teaching literature and writing in the UK and the US for 20 years, and she’s been published as an academic, a creative writer, and a journalist. She is currently the Writer-in-Residence for the Braemar Creative Arts Festival and the judge for the Staunch Prize short story competition. 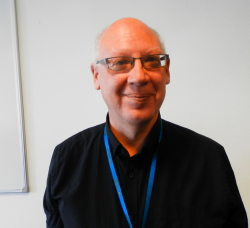 A Dundonian, Neil is currently responsible for Public Engagement at the University of Dundee Botanic Garden. Neil took his first degree in Philosophy and Music at St Andrews and, after training as a CA, obtained a Botany degree at Dundee, followed by a PhD and post-doctoral research in plant physiology. Neil’s lecturing field reflects his wide interests and includes the history of science from Copernicus to Quantum Mechanics, plant classification, the First World War and blues guitar. He also has his own practice as a Chartered Accountant. 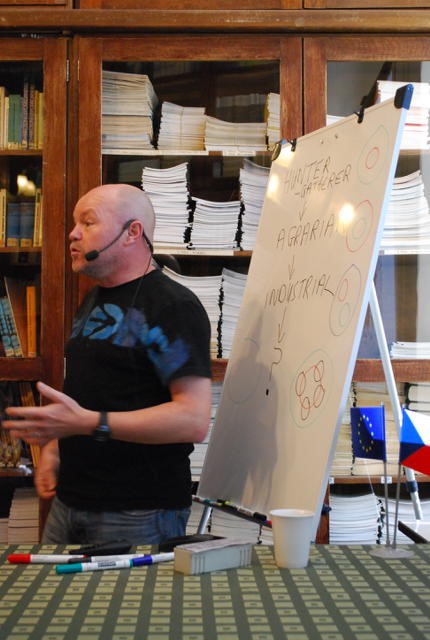 A former ARSA Rhodes Scholar, Dr Keith Skene is an ecologist whose work has taken him to the Americas, Africa, Asia, Europe and Australia. He has taught courses at many universities across Europe, written over 30 papers and four books, the latest of which is Sustainable Economics, Context, Challenges and Opportunities for the 21st Century.  Currently, he is director and founder of the Biosphere Research Institute, an independent, international and multidisciplinary centre for social, economic and environmental sustainability. 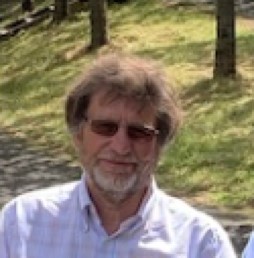 A Falkirk Bairn, Eric Summers is a graduate of Edinburgh University. He worked in the education sector, principally with Angus Council, for more than forty years.  Now retired and resident in Kirriemuir,  he is a founder member of the Kirriemuir Burns and Scottish Literature Society and the Strathmore Speakers Club. He is also secretary of the Aberdeen Dickens Club, the only branch of the Dickens Fellowship in Scotland. It hosted the international conference of the Fellowship in 2016. He organised the annual conference of the Eagle Society in Dundee in 2019, only the second time it has been held in Scotland. He’s a season ticket holder at Tannadice, but retains a soft spot for the Bairns.

Give the gift of learning

for a special person